The project began in 2002 at The New York Botanical Garden and was used as background research for the book Seed Dispersal by Bats in the Neotropics by Tatyana Lobova, Cullen Geiselman, and Scott Mori and to prepare the list of bat-pollinated plants in the Annals of Botany article "The evolution of bat pollination: a phylogenetic perspective" by Theodore Fleming, Cullen Geiselman, and W. John Kress.

The original Access Database available at www.nybg.org focused only on bat-plant interactions in the Neotropics and recorded bat species, genus, and family; plant species, genus, and family; type of interaction (pollination or seed dispersal); and author(s) of the publication where the data was obtained. A complete list of citations was also available on the website.

Over time, it became apparent that additional data would be useful, such as location, habitat type, and more specific detail on the types of interactions. This launched a new phase of the database, which was rebuilt using the open-source framework Symfony. The new database no longer focuses only on bat-plant interactions, but now also includes interactions with arthropods and newer groups such as birds, fish, and parasites. The database has also been expanded to include data gathered from all over the world, not just the Neotropics. We realized that an undertaking of this size would take years to do alone and have invited the community to participate!

The features of the database are being actively developed. Click here to read about what's coming soon.

Register to be part of Bat Eco-Interactions!

If you have suggestions or questions, please contact us at info@batbase.org. 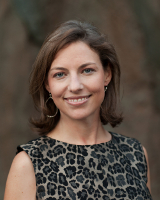 Cullen Geiselman began her career studying bats in 1998 when she joined the staff of Bat Conservation International (BCI), where she taught bat research and land management workshops in Arizona, Kentucky, and Pennsylvania, led natural history tours to Belize, Kenya, and Brazil, developed educational materials for children and adults, as well as presented numerous formal and informal lectures across the US.

In an effort to learn more about bats and conservation methods, she entered graduate school at Columbia University in 2003. There she worked with botanist Scott Mori of the New York Botanical Garden investigating the role of bats in seed dispersal and pollination in lowland rainforests of South America. During this time she spent two years collecting data in an isolated research station in French Guiana and coauthored a book entitled Seed Dispersal by Bats in the Neotropics. In May 2010 she received her doctorate in Ecology and Evolutionary Biology from Columbia University.

Cullen currently lives in Houston, administers a family foundation funding healthcare initiatives in the greater Houston area, and serves on the Board of Directors of the Houston Arboretum and Nature Center, the Houston Zoo, the Houston Parks Board, the Houston Advanced Research Center and other not-for-profit groups dedicated to preserving and expanding green space for the benefit of people and nature. She continues her work with bats by serving as chair of the board of Bat Conservation International, collaborating with students in Africa and Latin America, and hosting the online Bat Eco-Interactions database. 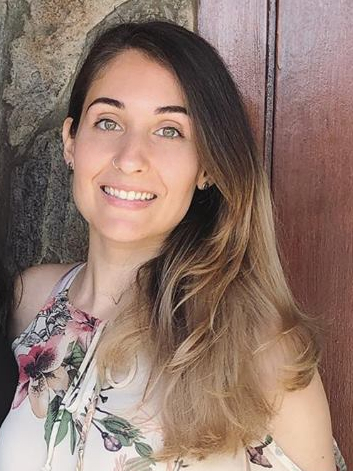 Kelly Garcia developed an interest for ecology and conservation during her studies at the University of Houston-Downtown, where she received a Bachelor of Science in Biology with concentration in Environmental Biosciences. While completing her undergraduate degree, she interned for a study on pollination by bats conducted by Dr. Cullen Geiselman, which introduced her to the world of bats. She then volunteered at Rice University to assist with a study on population distribution changes of various vertebrate species in Rwanda.

Kelly is now bringing her experience, knowledge, and interest of ecological interactions to the Bat Eco- Interactions team as the database administrator and research assistant to Dr. Geiselman. She believes understanding the ecological role of bats is imperative to conservation efforts in many ecosystems and is excited to be a part of a project that will help disseminate important research. Her goal is to advance and grow the database to include more interactions so it can become a go-to source for researchers and other individuals interested in the field.

She is an animal advocate and likes to volunteer some of her time at a local wildlife rehabilitation center in Houston, Texas, and is working towards becoming an at-home rehabber. Kelly also aspires to attend graduate school to receive a doctoral degree in Ecology and wants to continue studying and contributing to ecological conservation. 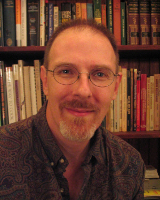 Taylor Brown is a software developer, database architect, and a strong advocate for the free and open source software (FOSS) movement. For 25 years, he's designed and coded database driven software for a both the web and the desktop.

He first began working with the bat eco-interactions database well over a decade ago, when it was still called the Bat-Plant Interactions Database and was hosted at the New York Botanical Gardens website. In preparation for the current round of development, he spent several months studying biodiversity infomatics and the various data format standards created in recent years to make it easier for ecological research projects to share data.

He is developing the database and the website back-end components of this site to be abstracted in such a way that they can be used as a framework for any web site that needs to publish data on observed eco-interactions. He looks forward to making this framework available as free and open source software. 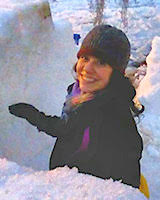 Sarah Younger is a software developer who started with batbase.org as an intern and has become enthusiastic about the potential of this project to lower the bar for information sharing and participation by citizen scientists.

Passionate about biodiversity and ecological issues, they see the potential for synergy between Citizen Science and Open Source Software to help us better understand the planet, our home. 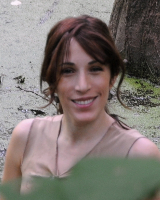 Tuli Defex is a multidisciplinary environmentalist and systems thinker who has been involved in a wide variety of international projects. She has a Doctor of Veterinary Medicine and a Masters in Agribusiness Management from Universidad de La Salle in Colombia, and holds a Ph.D. in Environmental Management and Conservation from Texas A&M University.

Early on in her career, she joined the government of Colombia to implement a multi-national initiative (Brazil, Colombia, and Peru) to combat wildlife trafficking at the Amazon rainforest. She was a consultant for the Congress of Colombia on a diversity of initiatives involving public health, transmissible diseases, mitigation of human-wildlife conflicts and agricultural practices. Later on, she joined IUCN - Biodiversity Unit in Washington D.C. where she managed a portfolio of projects involving wildlife, biodiversity conservation, ecosystem services, and corporate environmental and social responsibility. She also was part of the USNPS-Inventory and Monitory team where she designed integrated management plans with a systems approach for protected areas in the USA. She is currently an advisor for the IUCN Commission on Ecosystem Management for North America and the Caribbean.